Hypersonic systems are garnering renewed attention as countries pursue new capabilities for military and commercial applications that span across air, sea, and land. Hypersonic weapons are faster than the speed of sound and can maneuver in the atmosphere at speeds above Mach-5.

Hypersonic technology itself is not new. Its history goes back more than half a century, well before Sputnik kick off the space race during the Cold War. Since the 1960s, the United States has periodically pursued the development of maneuverable hypersonic weapons, but hurdles such as propulsion, control, and heat resistance proved daunting.

Hypersonic research and development are back in full swing. Both Western and Asian countries are pursuing the development of a new generation of hypersonic systems designed for speed, stealth, and surprise. Hypersonic systems refer to aircraft, missiles, rockets, and spacecraft that can reach speeds within the atmosphere faster than Mach 5, which is nearly 4,000 miles per hour. These systems can be launched from either air, sea, or land. 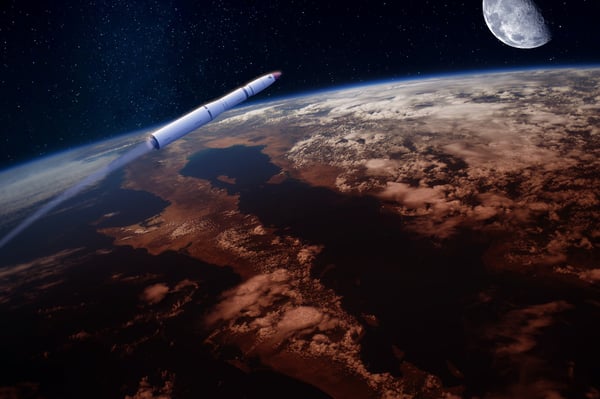 Who is Developing Hypersonic systems?

The United States, Russia, and China are leading the race to develop hypersonic missiles. France and India are close behind, while Japan and Australia are developing the component technologies, in some cases for civilian purposes. The primary reason nations are developing these next-generation hypersonic weapons is that they are difficult to defend against due to their speed, maneuverability, and flight path.

Today, research and development are ramping up in all areas of hypersonic flight, from efficient propulsion systems to SWaP-enhanced electronics for sensors, guidance, communications, and harsh-environment applications.

Hypersonic weapons get a lot of attention for their speed but other capabilities make the technology noteworthy. These systems combine the attributes of speed and maneuverability. They fly at low altitudes and can maneuver during the cruise phase, making them harder to defend against. Hypersonic weapons can fly in a flatter trajectory and hit targets at greater speeds. The bottom line is that they are harder to detect and more difficult to shoot down.

Simply put hypersonic systems provide military operations the ability for longer ranges with shorter response times. Countries with this capability can evade any defense systems that are now in use. What makes these systems different than ballistic missiles is their ability to maneuver at exceptional speeds, creating unpredictable flight paths. Ballistic missiles, which also can travel at Mach 5 speeds, have set trajectories and limited maneuverability.

There are two main categories of hypersonic weapons: Boost-glide vehicles (BGVs) and hypersonic cruise missiles (HCMs). High-speed, air-breathing engines power hCMs, while BGVs are launched from a rocket and glide along the edge of the atmosphere as they make their way to a target. HCMs often rely on an advanced propulsion system called a scramjet. Boost-glide missiles consist of gliding vehicles mounted on the front of rocket boosters, much like those that launch spacecraft into orbit.

Designing and deploying systems that go over 60 miles per minute creates many complex engineering and physics challenges. According to Lockheed Martin, there are four big challenges engineers have to take into account:

5G and Wi-Fi 6E represent the biggest opportunity in a generation. APITech’s Butler Matrix will help bring your device t...

Last month, Microwave Journal brought together a panel of experts to envision the near-future of EW, Radar and communica...