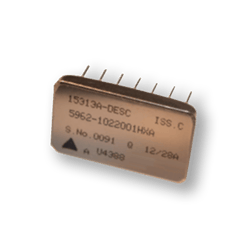 For example, if a military aircraft flies in a region contaminated by a nuclear weapon, the Nuclear Event Detector will detect ionizing radiation, and then close down important electronics. After some milliseconds, the device will then prompt the system to restart. It also goes past the built-in test functions as it reboots during a nuclear event, and this decreases the start-up time to milliseconds.

Exposure to radiation is detrimental to the function of Combat Aircraft, which can create electron-hole pairs in system electronics, and ultimately destroying them.

APITech’s NED is particularly useful for combat aircraft because it quickly detects nuclear events. It does that in three simple and practical ways as follows:

Looking at our steps makes it look simple, but it’s not. It only seems simple because we have decades of expertise and experience in circuit design and production.

At APITech, we only design our circuits using exotic semiconductor processing technologies such as Silicon-On-Sapphire (SOS) and Silicon-On-Insulator (SOI). That is why our NED can operate through any nuclear event.

The most beautiful part yet is that our solution is affordable as it is high-quality. We were able to tone down permanent and catastrophic failures to combat aircraft using cost-effective materials.

Furthermore, our NED operates within -55oC and 125oC. This ensures that it can withstand the harsh conditions in space.

The APITech designed nuclear event detector meets up with the general standard, MIL-PRF-38534 Class H, and is packaged to suit the customer’s needs.

APITech has a long history of manufacturing durable, high-quality technologies with non-standard materials. The nuclear event detector is a brainchild that was born out of a partnership with defense contractors. To explore APITech’s nuclear detectors, click here.