The past several years have seen a consistent growth in space services and operations with the largest increase in commercial satellites. The end users and drivers of space technology is shifting from aerospace, defense, and government and toward commercial industries. This trend follows with rapid expansion of emerging markets, and a greater adoption of New Space technologies, including SmallSats and mega satellite constellations. Though these new applications and services are still in the early phases of development or recently deployed, there is likely to be continued large investment in space-based services and technology as opportunities in this area continue to grow.

Some of the factors driving the use of space as a platform for delivering services is the ubiquitous demand for mobile and residential communication services and interest in developing rural markets that are otherwise poorly served by terrestrial communication services. Aside from this area, there is a general belief that 5G will require bolstering the infrastructure for 5G services with satellite-based connectivity. Hence, not only are commercial space services expected to yield new opportunities, but also to enhance current communications infrastructure.

As reusable launch vehicles continue to help reduce the cost of satellite systems, other approaches are being made to further reduce satellite constellation costs while enhancing capacity. To reach terabit-per-second satellite communication speeds that cover large areas, New Space companies are planning to launch massive satellite constellations made of low-cost satellites much smaller than previous satellite technologies. This is leading to a designed-to-cost space infrastructure growing alongside the conventional space upstream systems. Part of this New Space infrastructure is the use of “good enough” technology and a shift from the risk-averse approach of defense and government agencies.

How To Meet Cost Requirements While Achieving Space Functionality 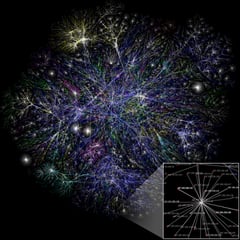 To do this, these emerging companies are relying on off-the-shelf components designed for industrial, automotive, and commercial aviation, with additional qualifications, screening, and possibly modifications to ensure these components, devices, and systems meet internal standards. Other approaches to maintaining cost and high-volume supply capability for New Space-grade components alongside upscreening components from other industries is the use of adapting current military and space-grade design and manufacturing practices to meet New Space requirements. This may involve using lower cost materials and manufacturing practices with less rigorous screening and testing.

This approach is made viable as the economies-of-scale approach when deploying SmallSats and mega satellite constellations enables a return-on-investment cycle that doesn’t require a satellite asset to be operation for nearly two decades. Instead, these constellations may only need several viable years of operation. New optimization approaches to design, manufacturing, and operating New Space technologies, such as the use of artificial-intelligence (AI) and digital payloads, may further yield cost savings and agility of these upcoming systems.

APITech has been part of many seminal space journeys into deep space, from the Galileo spacecraft that studied Jupiter a...

For many years, copper has been used for cables to transmit power and data due being one of the lowest loss transmission...

Over the years, space engineers have been making great feats in space. However, these feats wouldn’t have been possible ...