Though there has been some dialogue claiming that this “New Space” sector will replace the traditional space sector, in reality, the opening up of new space applications will likely rely on a mix of established space technology and methods as well as innovations. Much like how cell phones brought communication technology to the masses, creating new uses and markets for RF/microwave technology, New Space will also create diverse opportunities for RF/microwave technology that is both space-grade and industrial/automotive.

Traditional space applications are driven by an understanding that the prohibitive costs and technological constraints of operational parameters of space require extreme engineering practices. This involves the use of high performance and resilient components and system design methods that ensure the operational capability of space platforms for decades under the harshest conditions. Therefore, the traditional space sector functions much like the aerospace and defense sector, just with more stringent constraints and more extreme environmental considerations.

These operating principles have created a space industry that produces low-volume and high cost systems that are dependant on low-volume and high cost components. Rigorous qualification and certification methods, as well as multiple redundancy design, are the methods used to develop robust space systems. There is also a huge volume of research that has gone into material science, component, and system design to enable the construction and deployment of space systems. These efforts are all driven toward providing mission critical services from distant orbits, without maintenance, for up to two decades. 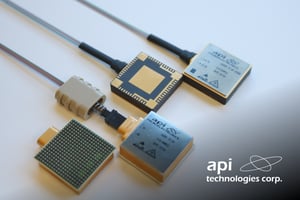 entrepreneurial in nature and are looking to provide lower-cost and more accessible space and spaceflight technologies for clients other than just defense and aerospace entities. This includes even hopes of commercial space flight and ubiquitous global internet connectivity for the masses.

Of course, with such goals, the constraints of New Space applications differ widely from traditional space. Where traditional space is heavily constrained and designed for decades of operation, New Space organizations are adapting to lower cost and more accessible technologies from the automotive and industrial sector to develop space systems that may only last a few years. New Space applications are also relying on high volume production to lower the costs of individuals systems, such as with OneWebs proposed Mega satellite constellation and satellite networks.

Many proposed New Space technologies are also designed to work in lower orbits than traditional satellites, and also carry much smaller payloads. These smaller and lighter payloads designed for Low-Earth-Orbit (LEO) can be more cost effectively deployed than traditional satellites, with tens and even hundreds of small satellites (small sats) being deployed in a single launch. For instance, in May 2019 SpaceX launched 62 Starlink satellites in a single launch with nearly 12,000 satellites planned for launch in the near future.

Over the years, space engineers have been making great feats in space. Mind you; these feats wouldn’t have been possible...

RF components, assemblies, and systems are essential for many of the critical functions for space technology. This inclu...